You don’t get the title of ‘The Greatest Show on Earth’ by accident or without due merit. 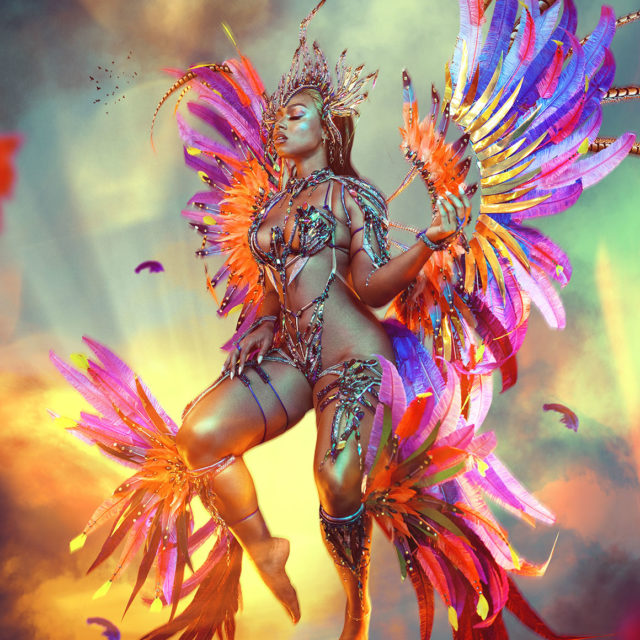 “The mas mecca of the world”; a fitting description considering the almost cult-like appeal, following and devotion Trinidad Carnival has earned. From its humble post-Emancipation celebratory origins, T&T Carnival has come a long way and in the process, inspired many regional and international celebrations alike. Despite the plethora of Carnivals that now exist worldwide, that of the Twin-Island Republic remains the highlight of the annual calendar.

In this way, T&T and TRIBE are two sides of the same coin, both known for delivering the Ultimate Carnival Experience. The largest, most popular and most sought-after band in Trinidad, TRIBE is to T&T Carnival what T&T Carnival is to the world.

But again, these flattering accolades have all been rightfully earned. Now its 19th year, TRIBE embodies the inimitable quality of T&T Carnival, by providing an unmatched product to facilitate and unmatched experience.

This unique offering begins months in advance, with T&T Carnival being home to quite possibly the most elaborate band launches and TRIBE’s being the most anticipated.

Now aptly dubbed SunsetWKN, this launch is replete with the best local and internationally based models, who grace a concert-sized stage adorned with elaborate pyrotechnics and audio-visuals, supported by a top class cast of DJs and live acts. It’s the type of launch you will not see anywhere else and has become a must-attend event for locals and foreigners alike.

After, there are a couple months in between when Carnival is put on a very temporary back-burner. But make no mistake, this isn’t by accident, as these four to five months are a very critical preparation period for what is surely the longest organized festival season for any country in the world. While our Caribbean neighbours typically offer two to three weeks at most of pre-parade festivities, fetes in T&T start from as early as New Year’s Day and span a minimum of one month. Nothing says “the season is here” like TRIBE ICE; the band’s signature cooler fete held on the first Saturday in January that is the unofficial ribbon-cutter to 4+ weeks of seemingly non-stop partying. From the excited locals who can’t wait to hit the first of many fetes, to the visiting foreigners who are craving a taste of Carnival before they depart, to the artistes who are eager to get the masses familiar with their tunes, TRIBE ICE the consummate Carnival ice breaker.

Then there’s the parade of the bands which is the pinnacle of Trinidad Carnival. No fete, J’ouvert band, las lap party, can live up to those two days of sheer euphoria in the streets of Port of Spain. And here is where T&T Carnival really sets itself apart from all the others. Other islands may come close, be getting there, may be holding their own, may be on its way up, but none of these can quite match, and certainly not top, Trinidad Carnival. While all the others offer just one, T&T boasts two full days of unbridled and unrivalled revelry that erupts in a vibrant display of energy, excitement and emotion.

TRIBE, over a decade and a half in the business, has constantly improved and renewed the masquerader experience year after year. Introducing and establishing the all-inclusive package that is now the norm, creating new systems and processes to better serve our loyal masqueraders from registration to road, breaking creative boundaries and setting new benchmarks for costume craftsmanship, and exploring new entertainment elements for the road such as Cool Zones and the Socadrome, TRIBE remains committed to keeping T&T Carnival a step above the rest. This commitment was further through our partnership with Machel Montano, a move which aligned the biggest name in Soca, with the best band in Trinidad, on the biggest Carnival stage in the world.

The driving motive behind TRIBE is our desire to highlight and relentlessly elevate Trinidad Carnival, which we believe is the best in the world. Through our pioneering efforts, we seek to propel T&T Carnival forward, and keep it always a step ahead. At the risk of sounding cliché, our Carnival, like TRIBE itself, may be often imitated but never duplicated.

We believe ‘The Greatest Show on Earth’ deserves the greatest band on Earth, and together we can deliver the Ultimate Carnival Experience.

Thanks again for your continued support.
Interested in joining T&T Carnival 2023? Try one of our associate bands: