The noise from the people has been getting louder and louder.

The cries from the spectators, social commentators and some masqueraders are being heard…and TRIBE has been listening attentively.

I personally read the daily newspapers even around carnival time despite being busy, and i see and hear what the people are talking about – i.e. We as a people or a Tribe are lost culturally…We are A LOST TRIBE!

Mas has become more of a Street Party and less about the artistry and theatre. I feel that there is a place for both genres of mas but someone needs to answer the call for change and revival of the latter and the call for the industry to be less about producing costumes and more about creating mas.

My love for carnival is inbred in me…I grew up in Woodbrook, 19 Stone Street to be exact and as a child in the 1970’s and 1980’s I vividly remember going to Victoria Square around the corner to see the major mas bands and the unbridled creativity associated with their costumes. There was glamourous perfection that was Wayne Barkley, the vibrancy and movement of the Lee Young’s, the innovations of Raoul Garib, and of course the theatrical mastery and ingenuity of Peter Minshall.
There was a time when Carnival was a spectacle and it was important to band leaders and maqueraders alike to play their mas and create a presentation that was as much for the crowds watching, as it was for themselves. There was a need for movement, for the extension of our physical selves, to allow our mas jumbies to be released, to abandon our everyday selves for those two days and to become a character, to literally become the mas.

Over the last few years tastes have changed, habits have changed, demands have changed, the way we play mas has changed, but for many, mas may have changed but it has not truly evolved. Mas will always be about the aesthetic and a pretty costume will always sell, but there is a growing number of people who now crave and yearn not just a costume but also for an expression, a statement and a need to immerse themselves in their portrayal. The audiences on the roads, in the stands and watching via the media both here at home and abroad have also been clamouring for something more dramatic, more theatrical, a presentation that tells a story rather than simply showcasing people playing themselves in pretty costumes with energetic abandon. 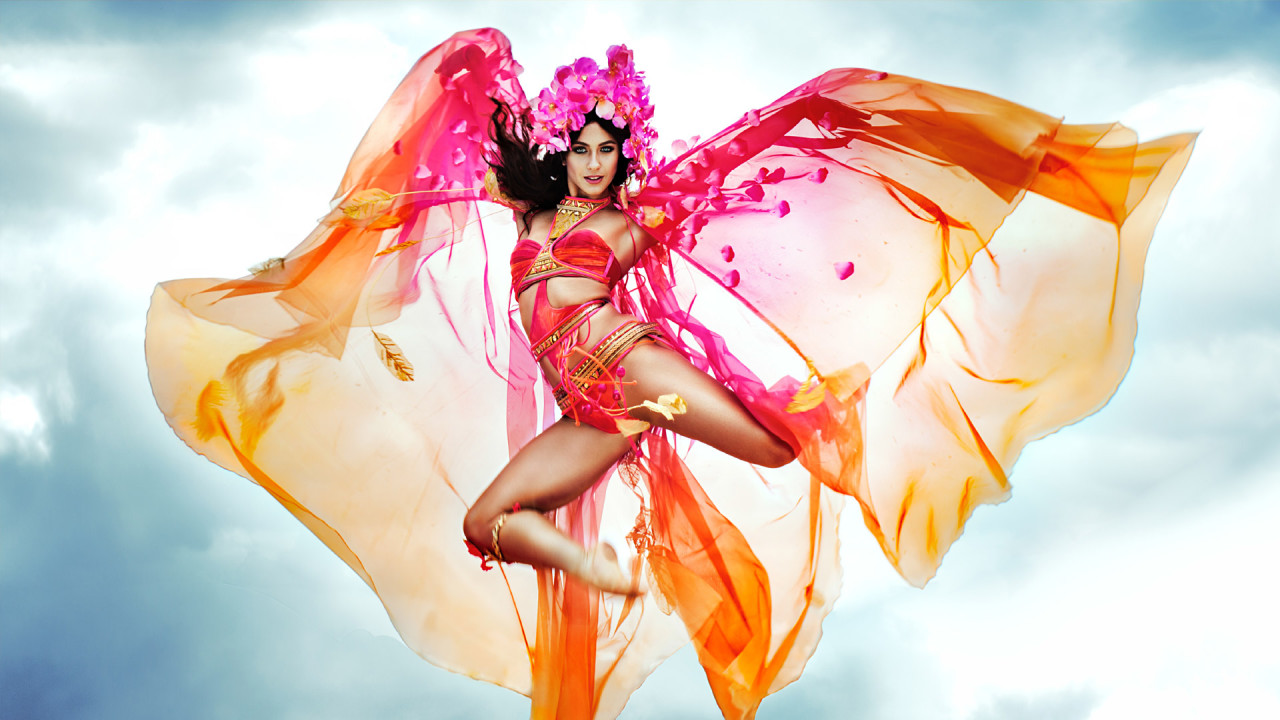 If the festival is to truly evolve, then we must look beyond the commerce of the festival and move towards the development of sophisticated and distinctive design expressions that do more than just present a pretty picture, they must evoke an emotion, create an imprint on our psyche, and be memorable.

Our designers need to find the balance between being creative and producing a costume that can be commercially successful. The designs must be beautiful yes, but they must also have depth, texture and a unique style and flare that makes it distinctively “Trinbagonian”.

The reaction thus far to a sneak peak of our first design of THE LOST TRIBE has been overwhelming, and while they say a picture paints a thousand words, that picture does not do that costume justice since it’s true beauty is in it’s fluid movements. The design commands that the masquerader plays her mas, takes flight with spontaneous choreography and fully immerses herself in the experience, becoming a performer for herself and anyone privileged enough to witness her performance.

This initiative is really about bringing the festival back to the golden years of mas, when mas was truly art on the move, when carnival was an emotion in motion on the streets of Trinidad and Tobago.

Our festival was about theatre, so the LOST TRIBE is by no means a new concept, it is tradition being re-launched for a new generation of masqueraders. Tribe believes we have a duty to use our voice to assist where we can in filling that void. This is our 12th year, so the clock has struck 12 and we want to start fresh from 1 again. One of the things in this fresh start is to revive what we are losing. Tribe has always been about the Evolution of mas, but this initiative is the Revolution of mas.

We are always mindful of ensuring that the masquerader can fully engage within this genre of mas. To that end this presentation will have limited numbers therefore ensuring that there is room to not just move, but to perform. We intend to do a full presentation, so it’s important that sections be presented in their pure form so that we can turn the streets of Port of Spain into our stage. (Need I mention that this will also be an An All Inclusive Experience – A hybrid of the old and the new).

They include a graffiti artist, a fashion designer, a multimedia artist and one of the Bliss and Tribe’s principal designers Mr. Valmiki Maharaj who was the creative lead on this project. Val as we call him, took this challenge by the horns and ran with it, he did his research, mentored, guided and has poured his heart and soul into this project. I congratulate him and the entire design team which also includes Anya Ayoung Chee as Design and Concept consultant, for creating a collection that has far exceeded our expectations and has us all very excited. Indeed both the tradition and future of mas is in very good hands with these young creative talents.

Now as much as we are proud of this alternative direction, we are also equally proud to present two stunning presentations for Tribe – The Forbidden and Bliss – The Secret Garden. The design teams of those bands have created gorgeous offerings that will captivate, dazzle and bring an ultra glamourous flare to the streets of our capital, you will see these offerings on the main stage at the official launch in a few hours but for now we invite you to experience the LOST TRIBE –An Alternative concept; A new Mas Movement!

Thank you Ladies and gentlemen.

Thanks again for your continued support.
Interested in joining T&T Carnival 2023? Try one of our associate bands: